Coronavirus: 100 per cent of Dubai has now been disinfected

Coronavirus: 100 per cent of Dubai has now been disinfected 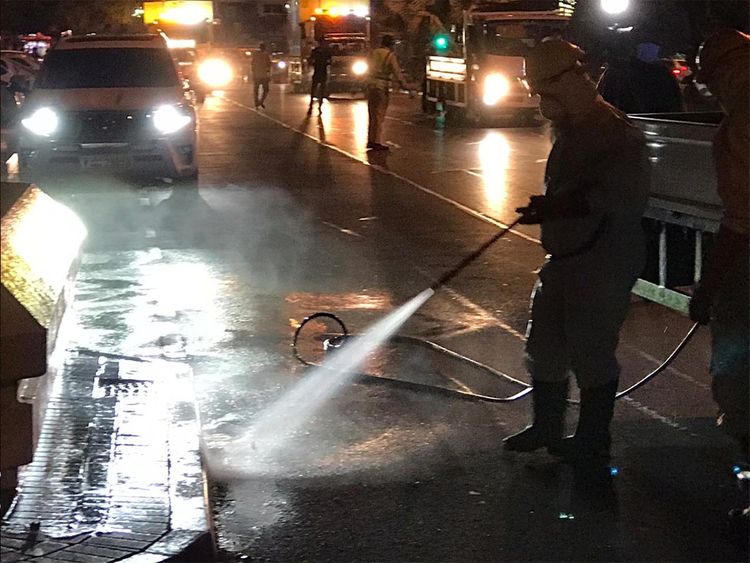 Plans afoot to now revisit the busiest and most populated areas

Dubai: Dubai has successfully completed 100 per cent disinfection of all districts thanks to the Civil Defence but densely populated areas with the most traffic will be sterilised again, an official said on Tuesday.

Brigadier Ali Hassan Al Mutawa, Assistant Director-General of Fire and Rescue at Dubai Civil Defence, said that as of Monday April 27 all roads in Dubai had been disinfected but some areas would be revisited based on population and movement.

“We will repeat the sterlisation in areas with large movement,” he said. “All roads were disinfected 100 per cent based on the plan given to Civil Defence as we are part of a government team.” The sterilisation programme was carried out in every corner of Dubai including all roads and buildings, he said, adding that Civil Defence would now be focusing on establishments.

“We sterilised dozens of major sites in the city. We also sterilised workers accommodation and spread awareness among the workers,” he added.

The sterlisation programme will continue between 10pm to 6am, following the easing of 24 hour restrictions last Thursday.

According to Civil Defence, the operation was conducted following the highest international standards, while using 75,000-litres of sterilisation fluid a day.

Brigadier Al Mutawa urged people to stay at home between the hours of 10pm to 6am for their own safety, and to help sterilisation efforts achieve quicker results.