Fireworks, festivities and concerts will set the stage for the jubilee celebrations for the UAE National Day that is traditionally celebrated on December 2.

With the country turning 50 years old, Dubai is getting into the festive mood with celebrations that will run across 10 days, concluding on December 11, with super sales and raffle draws adding to the fun spirit.

Organised by the Dubai Festivals and Retail Establishment (DFRE), this year the emirate will also feature patriotic displays of national pride alongside world-class entertainment at the city’s iconic landmark destinations.

“The UAE’s Golden Jubilee marks 50 years of the country’s progress and innovation. To celebrate this auspicious milestone, UAE National Day will be an extravaganza like no other,” Ahmed Al Khaja, CEO of Dubai Festivals and Retail Establishment (DFRE), said in a statement.

“As always, it is one of the highlights of Dubai’s calendar of extraordinary events that attract people to the city each year. We are looking forward to welcoming residents and visitors from all over the world for this momentous occasion. We believe that this National Day 2021 will be one to remember, honouring and recognising the UAE’s phenomenal achievements over the past 50 years and ushering in future success,” he added.

So get out those diaries and start planning away for the long weekend. We bring you the highlights: 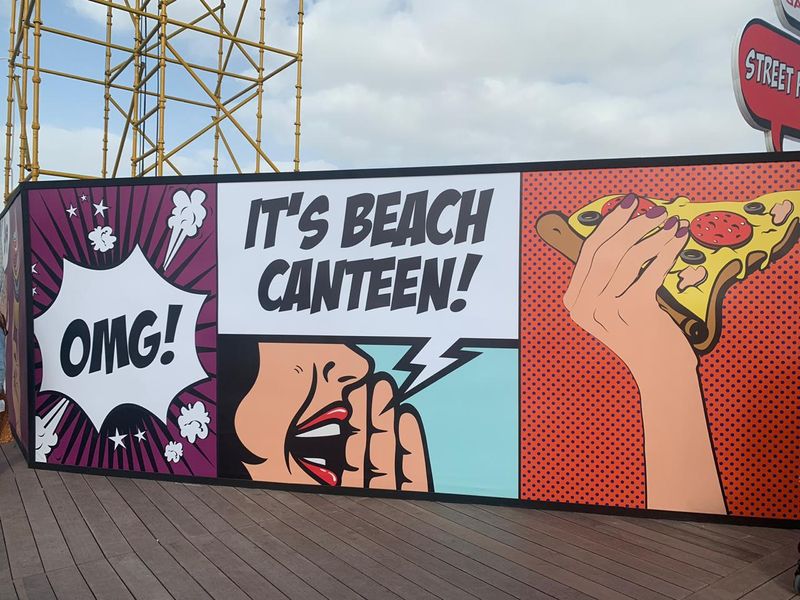 In line with the UAE’s 50th Jubilee celebration, the 2021 edition of the Etisalat Beach Canteen is back for the season. Running from November 25 until December 11, the canteen will offer 17 days of gastronomical delights, live performances, and engaging activities for children of all ages. Touted as one of the most anticipated events, the city’s most popular beachside dining pop-up will take place at Jumeirah Beach, behind Sunset Mall. This year, residents and visitors will discover a place that is uniquely Dubai, this is one not to miss. 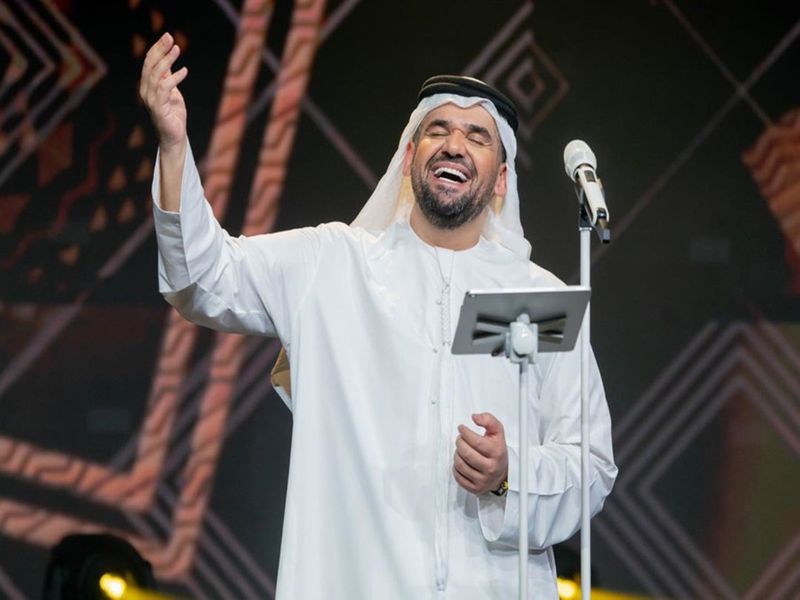 As part of the UAE’s Golden Jubilee celebrations in Dubai, the Department of Tourism and Commerce Marketing (DTCM), Emaar and the MBC Group invite Emirati and Arabic music enthusiasts to enjoy to a two-day concert starring some of the most prolific singing sensations from the UAE and Middle East. On December 2, Burj Park, Downtown Dubai by Emaar will showcase a phenomenal line-up of talent. 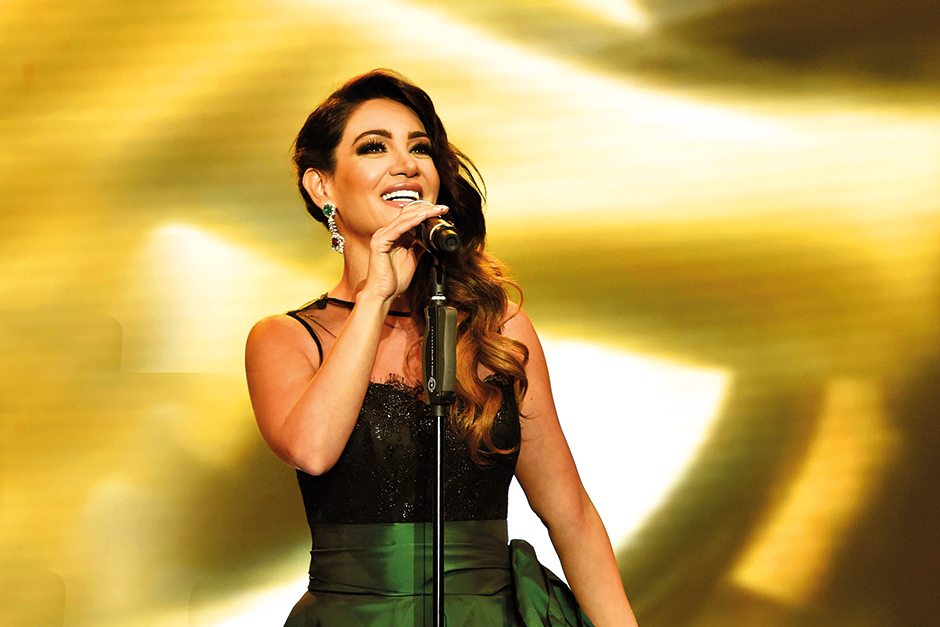 Singers Hussain Al Jasmi, Diana Haddad and Dalia Mubarak will all take to the stage to perform their hits. On December 3, the open-air venue will also host star Eidha Menhali, best known for his hit single ‘Motasoa’ and Shamma Hamdan, the first Emirati woman to make it to the final of ‘Arabs Got Talent’. As well as, gellow Emirati Fayez Al Saeed. This will be a ticketed event. 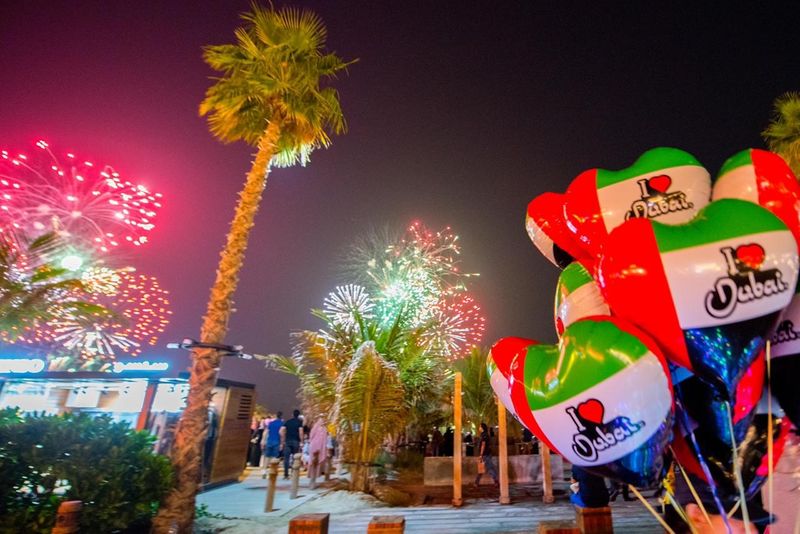 What is a National Day without the trademark firworks? The skies of Dubai will be set to light up with dazzling fireworks for two days to celebrate the Year of the 50th. At 8pm, 8:30pm and 9pm on December 2 and 3, residents and visitors can head to The Pointe and Atlantis at The Palm, Bluewaters, Etisalat Beach Canteen at Jumeirah Beach behind Sunset Mall, La Mer and even Burj Al Arab to view spectacular displays marking this momentous event in UAE history.

See ancient traditions come alive throughout the city of Dubai this National Day. Across the 10 days of celebrations, local Ayalla and Al Harbaiya bands are set to perform throughout the city. Visitors and residents will be able to see live showcases at Al Khawaneej Walk, City Centre Mirdif, The Dubai Mall, City Walk, Nakheel Mall, Dubai Festival City Mall, and the Etisalat Beach Canteen. The acts will be socially distanced, as safety is of the highest priority even in times of celebration. 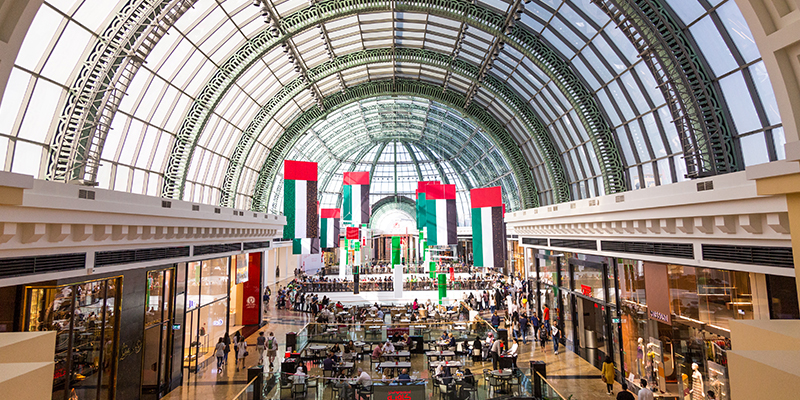 The UAE’s 50th National Day celebrations will, as always, see Dubai’s shopping malls and retail destinations such as Majid Al Futtaim malls, Dubai Festival City Mall, The Dubai Mall and Dubai Outlet Mall offering lucrative savings of 50-70 per cent off selected items until December 13. Stores taking part in the exclusive National Day super sale include Chicco, which will offer parents up to 50 per cent off on baby items such as strollers and car seats. British shoemaker Clarks and home decor favourite MUJI will reduce prices by 40 per cent in stores across the UAE while luxury fashion retailer Bally will be slashing prices up to 50 per cent across all outlets. Lifestyle favourite Bath & Body Works will see be running a ‘Buy 3 Get 3’ promotion while those shopping at Justice will receive a surprise gift on every purchase over Dh400. It is also the ideal time to buy jewellery as Dubai City of Gold adds glitter to the National Day celebrations with more than 100 participating outlets. 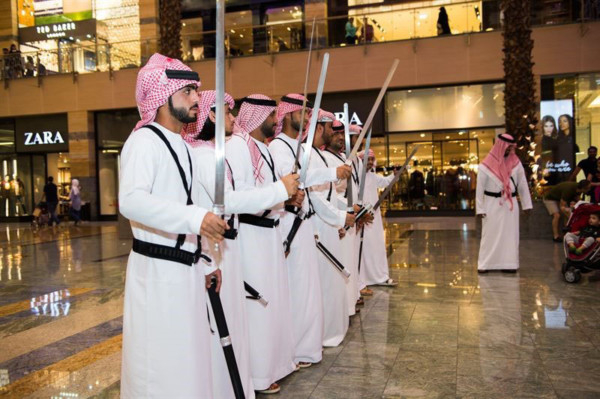 Mall of the Emirates will be hosting a series of exclusive events and showcasing exclusive products from brands that align with the theme of the UAE National Day. The mall will host an exhibition titled ‘Draped in Heritage’, drawing inspiration from the past to enlighten the present and illuminate the future. The showcase will feature seven outfits, each with accompanying audio-visuals of Sheikhas and other empowered women from the UAE. The aim of the exhibition is to promote and educate residents and visitors on the evolution of the UAE’s unique heritage.

City Centre Mirdiff will also be running a number of activations over a span of 14 days until December 4, such as the Rooted in the Future Outdoor Market, which will feature 50 stands supporting local and emerging designers to showcase and pride themselves with their country and hard work. There will also be performances, art exhibitions and a unique car show, which will feature over 250 vehicles owned by Emirati enthusiasts.

City Centre Deira will feature a historical activation titled ‘Heart of Deira’, which will showcase the authentic side of one of Dubai’s oldest neighbourhoods, linking the past to the future.

For those who consider themselves lucky, an Ubel Badge might just be a ticket to win Dh500,000 cash. The name Ubel has been derived from the Arabic translation of the word Jubilee, in celebration of the UAE’s 50th National Day. The Ubel Badge is available exclusively on Idealz.com and costs Dh50. The draw will be held live and televised. 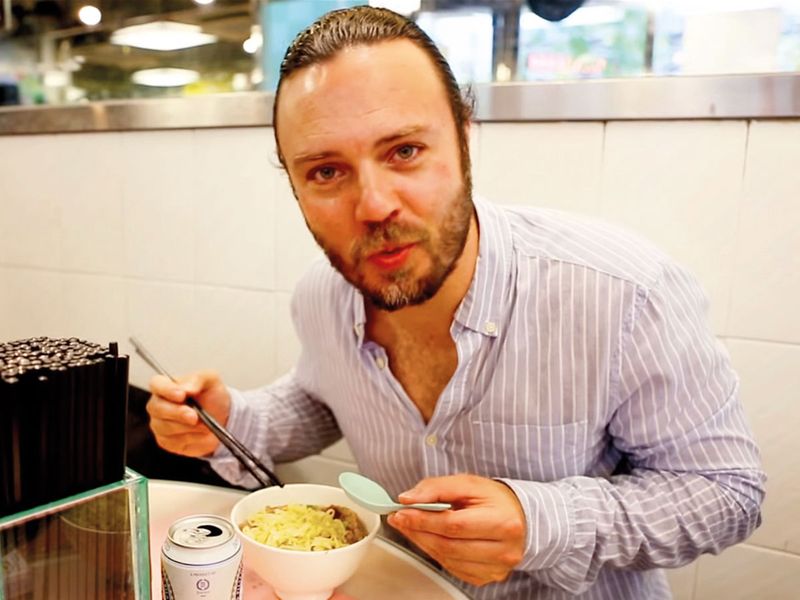 As the UAE celebrates the Year of the 50th, Jubilee Gastronomy will celebrate for a one-day culinary adventure on December 2 at EXPO 2020 Dubai. Michelin-accredited chefs will partner with local talent to present their nine-course gold-inspired menu. Twenty-five chefs are set to delight as they present an unmatched culinary vision. With only 50 seats available, advanced booking is essential.

Local burger staple Pickl is offering all diners a free National Day themed ice cream sando with every dine-in order on December 2 at all their branches. A Adrift Burger Bar at Expo 2020 Dubai by Chef David Myers will commemorate the country’s 50th National Day in decadent fashion with the launch of a new exclusive burger. Aptly named the ‘24K Burger’, the burger is served on a brioche bun wrapped in gold leaf.

The Big UAE Birthday Beach BBQ at DoubleTree by Hilton Dubai will take place on December 2 at Jumeirah Beach under overlooking Ain Dubai and the much-anticipated celebratory fireworks. Residents and Visitors can enjoy homegrown dishes with local ingredients such as Burrata made in Ras al Khaimah and oysters from Dibba Bay. 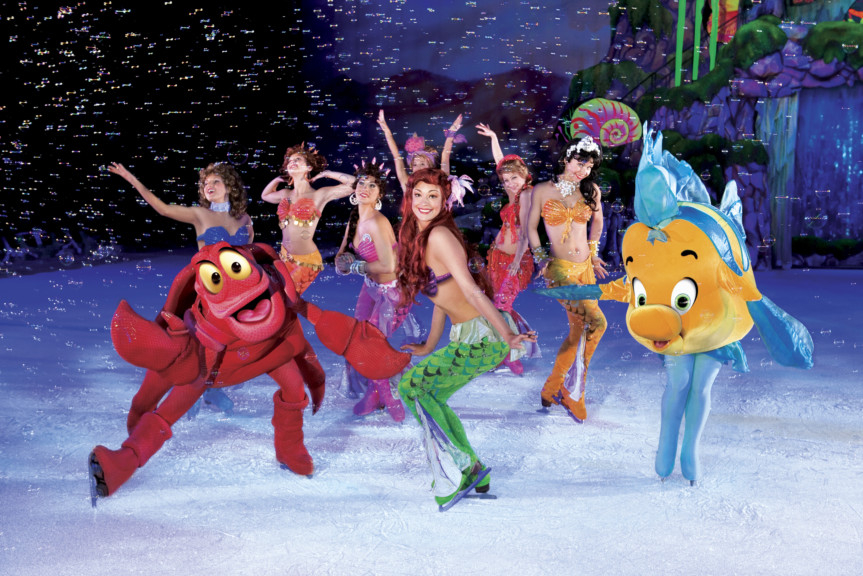 An exclusive one-day event taking place at the Coca Cola Arena on December 3, the Dubai Ice Show will feature both a Kontinental Hockey League (KHL) game between most recent KHL champion, “Avangard” Omsk and “Ak Bars” Kazan, along with a pre-match showcase of Russian figure skating talents. Ticket prices for this event start at Dh150. Also taking place as a part of the Dubai Ice Show is a two-day live performance of children’s classic Sleeping Beauty: The Legend Of The Two Kingdoms, featuring Olympic figure skaters Tatyana Navka and Alina Zagitova bring the fairy tale to life. This show will run from December 4 to 5 with ticket prices starting from Dh150.

Ballet and classical music enthusiasts can make their way to Dubai Opera to see a live performance of Boris Eifman’s adaptation of Anna Karenina. Taking place from December 2 until December 4 at Dubai Opera, tickets start from Dh340 and all concert visitors are required to be vaccinated.

Enjoy family friendly production ‘How The Koala Learned to Hug’ at The Theatre by QE2. The show, based on the bestselling book of the same name by writer Steven Lee will be brought to life by the actors, singers and dancers of The People’s Theatre Company. Running for 2 days from December 3 and 4, ticket prices start at Dh180.

Another one for the entire family is Louna in Winterland at The Theatre, Mall of the Emirates. It is the tale of a little girl who returns home to Winterland after a year only to find that her friend, the snowman, has melted over the other seasons. A delightful showcase similar to children’s favourite ‘Frozen’, the Louna in Winterland performance will be one day only, on 4 December. Ticket prices start from Dh75.