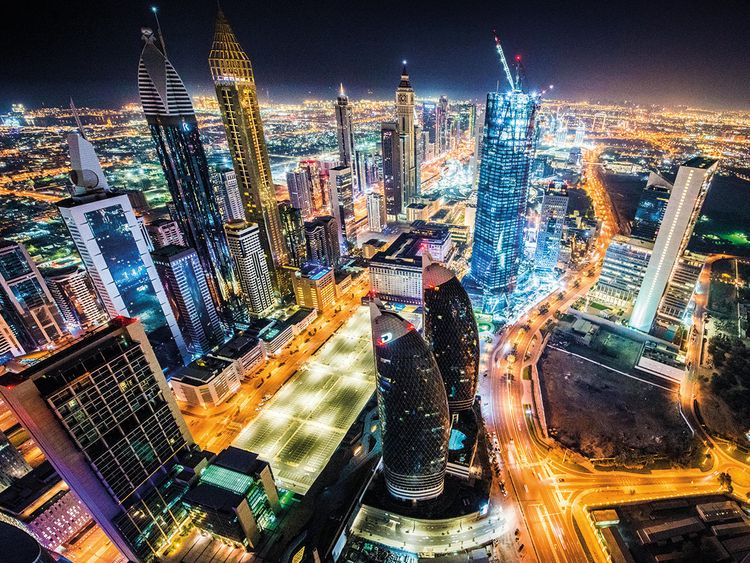 Dubai: The Government of Dubai has allocated a record Dh66.4 billion ($18.1 billion) for the 2020 budget compared Dh56.8 billion budgeted in 2019.
His Highness Shaikh Mohammad Bin Rashid Al Maktoum, Vice-President and Prime Minister of the UAE and Ruler of Dubai, has approved the 2020 budget along with a three-year Dh196 billion 3-year budget for the Government of Dubai, for the 2020-2022 period.
The total budget outlay for 2020 is higher by 16.9 per cent compared to the previous year. This comes as part of supporting the Dubai Plan 2021 and the Expo 2020 Dubai, as well as moving forward in support of the emirate’s economy.
While the 2020 Dubai budget seeks to stimulate the economy and support the organisation of the ‘Expo 2020 Dubai’, the spending plan supports social services, including health, education and housing, and working on developing the Social Benefits Fund and supporting families, as part of the objective of making Dubai one of the most liveable cities in the world, Dubai Media Office said in statement.
“We are capable of achieving an operating surplus of Dh1.96 billion due to the adoption of disciplined financial policies, which contributes to the development of infrastructure programmes for the emirate and affirms the financial sustainability policy pursued by the emirate, said Abdulrahman Saleh Al Saleh, Director General of the Government of Dubai’s Department of finance (DOF).
Projected revenues
The Government of Dubai estimates public revenues to reach Dh64 billion, an increase of 25 per cent year-on-year. This increase comes despite the economic incentive measures adopted by the government that would reduce some fees and freeze the increase in fees for three years, and the decision to not impose any new fees without providing a new service.
The revenues are based on ongoing operations in the emirate and do not rely on oil revenues. Oil revenues account only for six per cent of total projected revenues for the fiscal year 2020.
Non-tax revenues account for 60 per cent of total expected revenue. Tax revenues account for 29 per cent, while revenues from government investment represent five per cent.
Expenditure plan
The 2020 budget, the largest in the Government of Dubai’s history, sends a clear message to the business community that Dubai is pursuing an expansionary fiscal policy.
Salary and wage allowances of the 2020 budget account for 30 per cent of total government spending, while the grant and support expenditure account for 24 per cent. The budget has also dedicated Dh8 billion to develop infrastructure projects and prepare for future commitments. Spending on construction projects reached 12 per cent of government expenditure, indicating the continued development of Expo 2020’s infrastructure.
Sectoral distribution
Spending in the social development sector in the areas of health, education, housing, women and children’s care, as well as developments including reading, translation and coding initiatives, represents 30 per cent of total expenditure.
The government’s concern for security, justice and safety sees 19 per cent of total expenditure being allocated to support and enable this sector to perform professionally and proactively. This sector has become one that the emirate prides itself on in the global arena.
Dubai’s keenness to develop its economy, infrastructure & transportation has led to an allocation of 46 per cent of total spending to the sector. This reflects its commitment to dealing with future commitments, supporting entrepreneurship and creating an incubator environment for microenterprises.
For the first time ever, the government has announced a special reserve of three per cent of total expected expenditures, in accordance with the principle of hedging and preparing for the Expo 2020 period, as well as the objective of making the event the best in Expo’s history.
Dubai will maintain a debt service rate of no more than five per cent of its total expenditure in the fiscal year 2020. This comes as a result of adopting a disciplined financial policy that ensures the budget implementation faces no financial constraints.
Three-year budget seeks longer term planning
The Government of Dubai on Sunday adopted a three-year budget cycle from 2020 to 2022 with a total expenditure of Dh196 billion, with the objective of long-term planning for a stable economy.
The plan highlights the Government of Dubai’s keenness to provide the highest levels of economic stability and stimulus to the emirate’s business sectors. It also gives a clear picture of the government’s economic goals in the next three years, which supports the medium-term planning of the economic sectors and provides a clearer view of the private sector, the Dubai Media Office said in statement.
“To ‘have a plan’ is one of Shaikh Mohammad Bin Rashid Al Maktoum’s 10 commandments of governance,” said Abdulrahman Saleh Al Saleh, Director General of the Government of Dubai’s Department of finance (DOF). “The Government of Dubai, represented by DOF, was inspired by this commandment in launching the 2020-2022 budget cycle, endorsing our endeavour to continuously develop the performance of the public budget in order to confirm financial sustainability and work to stimulate entrepreneurship and business sectors in the emirate by enhancing business incentives for the next three years.”
Publish Date: 29-12-2019
Source: https://gulfnews.com/business/dubai-announces-biggest-ever-dh664-billion-2020-budget-1.68717591